Raising Asian Boys into American Men in a Western World 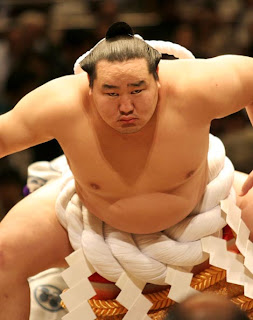 I've been spending the last couple weeks obsessed by the question of masculinity and manliness. After a long discussion in a blog post on Asian American masculinity, followed by a growing discussion in a blog post on Asian American manliness (please read the posts, but check the comments on these two posts--I think they're awesome), I and some of the people who commented came to the conclusion that masculinity is a form of strong, fast action oriented behavior, while manliness is a culturally determined set of criteria of what makes the best men. I was happy to see that one of my fellow Rice Daddies blogged on a similar topic way back when. It's great that we're all talking about similar topics that are important to us.

What I think surprises me about the whole topic with regards to my own thoughts, especially as it relates to raising boys, is that I'm beginning to develop an appreciation for structure and how we place our boys in that structure.  To be recognized as men, our boys need a place in society to become men and to "act like men."  To that end, they need to both define their own masculinity AND assimilate to the masculine ideals of the culture in which they live.  An Asian American man like General Eric Shinseki cannot realize his full manliness without being part of a structure that allows him to reach his full leadership potential.  Manliness is culturally determined, and the way we become men depends on large part in how we fit into society.

It's a hard one from our angle.  Many Asian American men have been raised on Western standards in school; Asian standards at home.  To be fair, these standards aren't all bad either.  Western manliness focuses on expression, physical sports prowess, and standing up for oneself.  At the same time, there are more typically Asian standards of manliness as well--having the ability to crunch numbers, obligation to family, etc.

What values are important to you in raising your sons?  Sound off like a Rice Daddy below!

(picture of Asashoryu from here)
Posted by bigWOWO at 11:28 PM

i am an asian woman married to a white man pregnant with our son.

to start slightly off topic, my appreciation of masculinity has never had anything to do with ethnicity. i like men who take care of themselves and the people around them in a manner that is fair and honest.

i have dated pretty much.. all ethnicities prior to getting married. and i have to say, for me, the most masculine attractive quality a man can have is good character and integrity. and to me, character has nothing to do with profession or money earning potential. character is who you are and what you stand for and your integrity shows that your actions clearly and consistently reflect your values/character.

this comes only with self awareness and a clear picture of the person you want to be. and owning it.

to me, these qualities transcend ethnicity and gender and any sort of cultural differences. and in the end. i married my husband because of those qualities he holds. if i had been met another person of any ethnicity that could hold a candle to my husband in those qualities, i'd have considered marrying them.

so to answer your question. in my hopes of raising my son. i hope he turns out just like his father. because i cannot imagine a better man as an example for my son.

This is an interesting topic. I'm an African American man engaged to a Taiwanese American woman. The American manliness construct is a very interesting topic and if we ever have a son, I'm sure that this could be quite perplexing. On one side of his identity, majority culture will want to minimize/dismiss his manliness and on the other side they will want to amplify it until it is all that remains of him.

I don't know about the majority but I'm more prone to gauge manliness by character and outcomes. My future father in law may not be able to beat me up but he obviously knows about how one raises great children. That's manly enough for me.

There's a lot to think about here. I read this a while back, but revisited it after thinking about Wesley Yang's Paper Tigers essay.

Nice and interesting! I can say that the race is not the basis for masculinity but how the parents brought up their child. I really agree with @snot and also S. Gray. They really said it right.

Yes its true a child can be describe by how his /her parents race.Him this is very informative