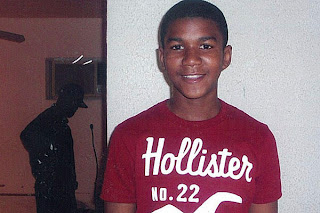 Being an "elitist," or just protecting your kids from processed food? 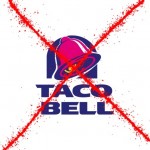 It has been a grueling last couple of weeks for me, as some concerned neighbors in my area have banded up together and tried to fight against developers seeking to build a Taco Bell in our community, right down the street from our elementary public schools. It's been grueling because while I'm fairly good at getting conversation going on a blog, it's an entirely different world when it comes to food. Life is complex. I think most of the people in the community are against Taco Bell for the same reasons: processed unhealthy food, increased traffic, late night carousing in a family neighborhood, and increased litter and petty crime.

The issue--and I will admit that I didn't know this was an issue beforehand--is that there's a huge gulf in our culture with respect to food, and it is very much related to money. I thought I was doing the right thing by telling people and linking to one restaurant's views on how Taco Bell threatens the local food businesses in our area, but that may not have been the best thing to do--I had never eaten at this restaurant and hadn't realized how expensive it was and how it could keep most people out! Obviously, not everyone, including me, can afford an $11 hamburger made with meat from grass-fed vegetarian cows. People think my perspective is elitist. Which is partly undeniable--even though I can't afford to eat at high class restaurants, I feel it's undeniable that restaurants that serve organic and responsible food are better for the health of the country than a chain that pops out processed meat in tacos that cost 99 cents. While I can't afford an $11 hamburger or a $17 pasta dish, I buy organic chickens and eggs, and I mostly buy organic vegetables--which cost a hell of a lot of money. We keep salt, sugar, and processed food to a minimum in my house. I could probably cut my grocery bill in half if I brought in more flavored cereals, chips, and ready-made TV dinners. But I don't it's good for my kids, which is very elitist. We've got a horrible epidemic of childhood obesity in this country, childhood allergies and genetic issues are out of control, and while I don't know if I would blame it on the food industry, it's one of the main variables that has changed during the 70's when I was born. I'm not against Taco Bell, per se, but it doesn't belong around kids. The food is bad for kids, and the traffic for the neighborhood is bad too.

So what is the solution? It seems like it's hard to be a good parent without being somewhat elitist.  There are just too many choices, and when you cut down the cheap choices and insist on food that is more expensive, you're being elitist because you're discriminating against people who don't want to pay a lot for food. There just is no way around this political minefield. You can't win them all, and you have to do what's best for your kids. Right now, corporate America and fast food corporations are declaring a war on our kids, and they're winning. Even a rich and famous guy like Jamie Oliver gets push back.