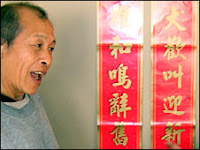 In the classic Spike Lee film "Do the Right Thing," one of the most powerful scenes occurs after Radio Raheem is choked to death by the police. The scene is a reference to a 1983 incident in New York City where graffiti artist Michael Stewart was apprehended for defacing public property and killed by the arresting officer in a similar manner.

As in real life, the angry black crowd who witnesses the slaying eventually becomes a riotous crowd. They demolish Sal's Pizzeria and soon their rage turns to other non-Black businesses in the area.

Quickly they head for the local Korean market yelling, "It's your turn now, mothafucka!" But Sunny, the Korean owner tries to fight them off with a broom all while yelling, "I no white! I black! You...me...same! We same!"

The mob spares his store realizing that he too is a racial minority, and begins to disperse with one of the older characters yelling to the mob's leader, "Leave the Korean alone! He's alright!"

It's an interesting situation.

Here in New York City, there has always been tension among the black and Asian communities. While attempts have been made to bridge the divide, there is still no sense of entente between them and they have never considered themselves to be "the same." The rapper Ice Cube even went so far as to highlight the tensions in his classic song, "Black Korea."

I think much of the distrust has to do with the fact that many Koreans don't feel the sense of racial prejudice that has plagued the black community for generations. The so-called "model minority" may face certain obstacles due to race. However, they never faced the oppression and second-class citizenship that defined America in the pre-Civil Rights Era.

And to be frankly honest, I think many Koreans (particularly immigrants) are racist towards black people. I'll take that even further and say that most Koreans are racist towards anyone who is not 100% Korean. This is evidenced by the controversies in Korea right now over whether half-Korean children should be given full citizen status. Where does this sense of ethnic superiority come from? Has their cultural and ethnic pride been reduced to racist xenophobia?

Those are questions for another time.

What surprised me today was coming across this article in the BBC stating that the HIgh Court in South Africa has ruled that Chinese South Africans are to be reclassified as black people.

It made the order so that ethnic Chinese can benefit from government policies aimed at ending white domination in the private sector. The Chinese Association of South Africa took the government to court, saying its members had been discriminated against.

The association said their members often failed to qualify for business contracts and job promotions because they were regarded as whites. The association said Chinese South Africans had faced widespread discrimination during the years of apartheid when they had been classified as people of mixed race.

Thus far, there has been no protest from the black community with the reclassification of Chinese as black people. In fact, their shared struggle against white majority rule may lead to closer ties in a nation where white South Africans still earn around 450% more than their black counterparts, 14 years after the end of apartheid.
Posted by MetroDad at 6:32 AM 7 comments:

Email ThisBlogThis!Share to TwitterShare to FacebookShare to Pinterest
Labels: race

Happy Father's Day, from the Fatherland 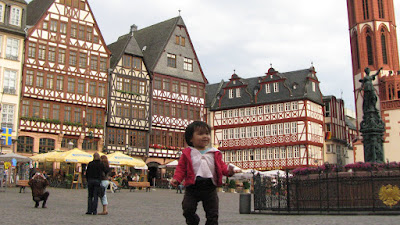 Something I learned recently is that Germans aren't the only ones who refer to their home as The Fatherland (das Vaterland). I had heard of Filipinos referring to their homeland as Amang Bayan, and I knew that the Pilipino word for father was ama, but I'd never put two and two together until recently.

Sing along now:
In the Philippines, they do it
In Tibet, they do it
The Thais and Vietnamese do it...

In advance of Father's Day, I'm on a dadblogging roundtable on NPR's Tell Me More with Michel Martin today, with Keith of African American Dad and Jeff of DC Urban Moms and Dads. The streaming audio of Tuesday's show should be up on the website by around 9 a.m. PST (12 p.m. EST).

UPDATE: Here's a direct link to the segment.

[In the meantime, check out my partner-in-crime's blog for videos from our just-ended, amazing family Alaskan cruise vacation, which my parents took us on for our 10th anniversary (the actual date's at the end of this month). The Pumpkin had an awesome time, as did we all.]
Posted by daddy in a strange land at 12:30 AM 9 comments:

Things Asians Don't Do or Say 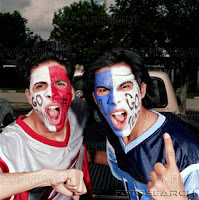 I was having a random conversation with a buddy of mine yesterday. We were talking about how absurd it was watching the NHL playoffs on television and seeing so many grown adults with their faces painted. Who the hell does that?

I'll tell you who DOESN'T do that...Asian people.

I'll bet in the history of fandom, you won't find any adult Asians painting their faces in support of their team (the sole exception being that scantily-clad Korean chick from the World Cup who was trying to get a modeling contract.)
Anyway, for the next few minutes, my buddy and I tried to come up with a few other things that Asians/Asian-Americans would never do or say. Here's our short list...

1. Leave their kids in the car.

2. Have sex with their students.

3. Get killed by a grizzly bear.

4. Claim they were abducted by aliens.

5. Put leashes on their kids.

Any other ideas? Throw 'em out there.
Posted by MetroDad at 9:41 AM 20 comments: 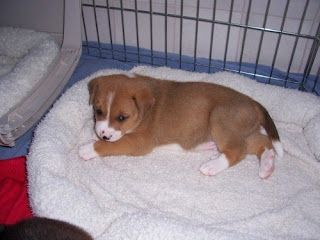 Sadly, I got an email saying one of the Rice Daddies Empowerment in Diversity Challenges expired due to lack of full funding within its five month window.

Let it not happen again!

I took the donation I was refunded, and used it to partially fund another RD challenge looking to buy Multicultural Celebration books. It's only got two weeks left before it too gets its plug pulled, too!