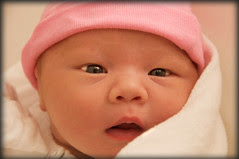 So many changes come along with bringing a baby into the house. We've done as much as we can to prepare and now with 40 weeks gone by, a new little bundle of responsibility has again been thrust upon us. We find ourselves having the same conversations we had when our first child was born. Challenges like breastfeeding, diapering and volatile sleep schedules will now plague us for the next several months. So many issues long forgotten now have to be revisited. I was surprised to find out that swaddling is no longer the tried and true approach when dealing with newborns. In fact, we even had some nurses recommend that we wrap the baby loosely to encourage free arm movement, a much different approach than just three years prior.

My wife and I have vowed to keep things a little more flexible and easy-going this time around. With our son things were regimented, scheduled and internet researched to death. I guess that's one of the dangers of being so connected, information is ubiquitous (too much of a good thing sometimes turns out to be less helpful). I've also vowed to myself that we'll be a little more adventurous with regard to our daughter's food experiences and language exposure; two things that haven't turned out exactly the way I planned for my son. Perhaps I'm just trying to make up for the small disappointments we experienced and the request for Grilled cheese sandwiches everyday just aren't cutting it for me. However things turn out I hope that we can learn from our mistakes and help to raise a well-rounded, kind, compassionate and confident human being.

Posted by Obiwanhavanese at 3:47 PM 7 comments: 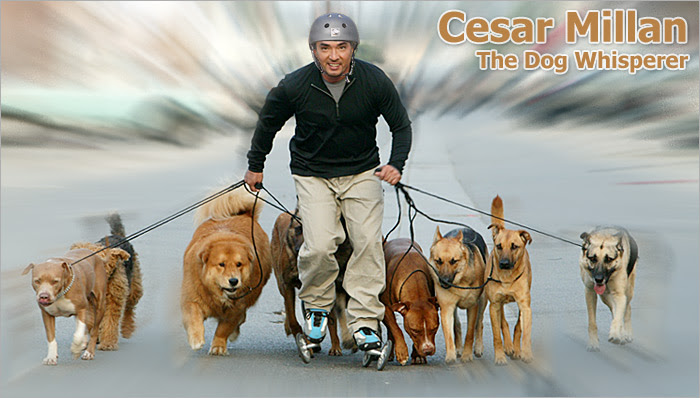 So my brother recently alerted me to this recent NY Times piece about parents using techniques they learn from TV host Cesar Millan on their children. If you aren't familiar with Cesar, he's the man behind the mega popular National Geographic show "Dog Whisperer." So as you can see, the tips he's teaching on the tube aren't necessarily appropriate for junior.

A year before we became parents, we took in my 12-year-old border collie/lab mix Spaz. He had been at my parents house his whole life, and they were getting fed up with him. (Ya see, he was named "Spaz" for a reason.) Since my wife and I were devoted "Dog Whisperer" viewers, we figured we could practice Cesar's way (discipline, exercise, affection) to get Spaz to a more "balanced" place when he moved in with us. And lo and behold, after a couple months, the dog that had been a terror for over a decade became a well-adjusted pet. (Of course, his advanced age probably had something to do with it, too). Sometimes I wonder if our success in helping Spaz convinced us we could be good parents. So fast forward a couple years, and we actually had a toddler in the house who, while she isn't chasing her tail and barking at the neighbors, can give "old, crazy Spaz"a run for his money.

We sometimes joke about using some of Cesar's tricks (a la this excellent spoof courtesy of South Park) but didn't realize there were parents out there who actually practiced it. Are these the same parents who put their toddlers on leashes too? Coz taking dogs on walks (with a specially modified leash) is like the major takeaway from each DW episode.

I wonder, does it work the other way? Like, if my dog has an accident on the rug, can I put him on the naughty step a la Supernanny?

I haven't caught this, but many people I know have. There have been 3,900 deaths in the U.S. so far. Protect yourself. Wash your hands often, especially if you have kids. And if you have any questions regarding the current state of this epidemic, check out the CDC website here.
Posted by bigWOWO at 9:34 PM No comments:

from the K5 blog

It's time for parent-teacher conferences for New York City parents. This video was forwarded to me by a parent in my son's class. While not Asian specific, I felt it offered some common sense advice for maximizing the adult learning potential in just 10 minutes.

I agree with the host. 10 minutes is not a lot of time but with a little preparation it might be just enough time.

Ten Things You Can Do in 10 Minutes
You'll be amazed at what you can accomplish in just 10 minutes.
Read More

Posted by Unknown at 4:44 PM No comments: