Why is that when someone, usually someone who doesn't know you that well (or really at all for that matter), prefaces a statement with "I don't mean to offend you but..." they usually succeed in doing the very thing that they told you they're not going to do? Serenity now!

So here’s the setup: at a kid’s birthday party, I strike up a conversation with one of the other parents about pre-school…

OtherParent: “How many days a week does your daughter go to the other pre-school?”

Without missing a beat, OtherParent says: “I don’t mean to offend you but…”

What OtherParent proceeded to tell me (in about the most directive way possible) was that the decision to have our daughter attend two different schools was, well, wrong. Talk about a conversation stopper. I decided to take the bait anyway and rolled with the resistance. “What do you mean by that?” I asked (suppressing the urge to raise my voice).

OtherParent’s point was two-fold: (1) that it’s too confusing to have my child learn two different languages at the same time (too bad, she’s learning three since I also speak Spanish); (2) that OtherParent would feel badly about my daughter losing the ability to speak with my wife’s parents (wait, what about my Korean-speaking parents!?).

Much like my initial response to Alexandra Wallace’s “so we know I'm not the most politically correct person, so don't take this offensively…” YouTube video, I was pissed off. But you know? That anger has given way to firm resolve (I mean, don’t look back in anger, right?)

First, OtherParent was wrong. Bilingualism is, in fact, good for the brain. Research shows that speaking more than one language helps with multi-tasking, prioritizing information in potentially confusing situations, and helps ward off early symptoms of Alzheimer’s in the elderly. Not to mention, that bilingualism helps me communicate with my daughter because her Japanese got chotto better than mine after she turned two (sugoi ne).

Second, in any language, my in-laws and my own parents are good people. Yes, I was forced to go to Korean school (even though I would have preferred to fill my pie hole with sugary breakfast cereals while killing brain cells watching cartoons) on Saturday mornings, but I was also instructed repeatedly as a child to be an “All-American” boy (and given the freedom to figure out what that means on my own). Time has either made my parents soft or time has made my parents realize that there isn’t a whole lot of time (left). So for what does that leave time? Simply put, time for agape.

So where do we go from here? Well, my daughter is going to stay at her two different pre-schools because frankly, she digs it and she learns different skills at both schools. And besides, as my hero, Phil Dunphy from Modern Family, said:

"We like to think we’re so smart, that we have all the answers. And we want to pass that on to our children. But if you scratch beneath the surface, you won’t have to dig deep to find the kid you were, which is why it’s kind of crazy that we’re raising kids of our own. I guess that’s the real circle of life. Your parents faked their way through it. You fake your way through it. And you just hope you didn’t raise a serial killer."

Amen and thanks for the opportunity to post my (virgin) musings with you, my Rice Daddies brethren.

It's only cute if you're five

Sometimes I am amazed by the things a small child can get away with in the name of cuteness.

The following is a list of things that Snow Girl will do on a near daily basis to try and get my attention, try and get out of trouble, or just try...period.

1. Get naked in the middle of the living room.

2. Smack her butt while looking at herself in a mirror.

3. Pull down her underwear and lie on her back to "air out."

4. Rub lotion on her whole body in awkward gyrations.

6. Climb partially naked onto the dog for hugs.

7. Try and pretend breastfeed on my nipples.

8. Wiggle her butt in my general direction.

9. Fart while expounding on the goings on of the day.

10. Announce she has to poop and then proceed to give play-by-play of the process.

I find this unabashed freedom of her quite exhilarating, and I'm taking notes so I can try all these things when I'm 90 and old in a nursing home.

Not sure if it will be cute then, especially the naked hugs on dogs.

Despite all her oddities and sometimes infuriating spirited attitude, she can be terribly sweet and charming. Once I get past all her insistence that I just don't love her enough, or that I'm too mean, or that I don't listen (the last one might be true because it's hard to listen after you've had your ear whined off for thirty minutes), she comes back to you after some moments of silence and produces this:

It's hard to stay mad at a kid when she draws you pictures. Especially when you're the cool guy wearing the tie and standing next to the princess. 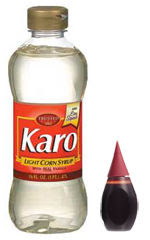 As a pop culture geek who grew up in the Star Wars (original trilogy) generation, I’ve picked up some odd, geek knowledge in my youth. As a father, I never thought I would be imparting some of that odd knowledge to my own children, at least not until a recent inquiry my 7 year old son made to me. He wanted to know if the blood you see on TV when someone gets cut or hurt was real.

Now, the reason he even questioned whether it was real or not is because in our household we try to separate reality from what we call TV or movie magic. Our children know that monsters like Godzilla aren’t real (in fact, they know it’s a guy in a suit and they still love it) or that zombies are just people in make-up. We’ve been to Universal Studios to see how things in movies are made. They know that characters in theme parks are just people in costumes.

So, instead of sitting there and telling my son that it was fake blood and leaving it at that, I took it as an opportunity to educate in a fun and interesting way. I learned many years ago that makeup artist Rick Baker, who worked on Star Wars, made screen blood with Karo syrup and red food coloring.

I headed to the kitchen with my son and took went to the cabinet and pulled out some Karo syrup and some red food coloring. I placed some of the Karo syrup into a small, clear plastic container and added a couple of drops of the food coloring. I mixed it up and I could see a big grin on his face. He was impressed, especially when I put some on my arm to show him how it looks.

“Sure, but it is going to be very sweet,” I replied, as if that would deter him, suddenly realizing that no child would ever refuse to eat something after you’ve told them it would be sweet.

He thought that the syrup tasted like honey and he couldn’t wait to show his little sister the TV “blood” we had created when she woke up from her nap.

Sometimes as a parent, we find ourselves just telling our children why things are the way they are but many times it is great to surprise them with odd knowledge you might possess to make the answer much more interesting and fun.